Since officially signing her franchise agreement in October, Purwa Shah has been preparing to bring Idolize’s unique concept to more consumers in Raleigh, North Carolina.

Purwa Shah has known how special Idolize Brows & Beauty is for years. She first found the brand when she was looking for a job closer to her home in Raleigh, North Carolina—Shah was a trained esthetician working at a traditional spa, but was looking for something different. That’s when she found Idolize, and became a manager at one of the brand’s corporately owned locations. Right away, she fell in love with the concept. So, when Idolize launched its franchising opportunity earlier this year, Shah jumped at the chance to be a part of it.

Together with her husband Divyesh, The Shahs are currently in the process of launching Idolize’s first franchise. With the help of Idolize’s founder, Mo Pandoria, Shah has been able to find a location in a Raleigh strip mall that’s perfect for the salon’s services. She’s currently in the middle of negotiating a lease with a landlord, but once that deal is finalized, she’s preparing to officially be up in running in a matter of months.

“I’m incredibly happy to have my own business and be my own boss. But Idolize has also been there every step of the way—the brand is very supportive and has been invaluable in helping me prepare for an official grand opening,” Purwa said. “I’m so excited to get to the point where I can build up a customer base and be in the heart of the business every day. I’m eager to have a hand in the behind the scenes aspect of the brand while still working as an esthetician. Now, we’re getting to the fun part.”

Right now, Shah is preparing for a grand opening in the first quarter of 2018. That short ramp up time is one of the reasons that she decided to become a franchisee—Shah recognized the potential to open up units quickly in order to be able to hit the ground running. However, what ultimately inspired her to officially sign her franchise agreement is the passion that she shares with the Idolize team for the brand and its supportive system.

“It comes down to the fact that I truly love the company,” she said. “I’ve been working with Idolize for about seven years now, and I’ve never had any issues. Everyone on their team is great to work with, and I know that I can trust them and count on them for support. That’s ultimately why I decided to become their first franchisee. My husband and I thought that it would be a good opportunity to own our own business while still working with a company—and people—that we enjoy.”

Once Shah’s first location is up and running, she plans to launch a second unit. She says her decision to expand has to do with demand—Raleigh is a prime market for Idolize to experience growth. That’s because Idolize caters to Raleigh’s population of consumers who are looking for top tier, luxury spa services at an affordable price. Between Idolize’s position as a leader in the booming eyebrow threading industry and its inclusion of a variety of beauty services at every location, the brand attracts repeat customers. That supportive consumer base is also attractive to prospective franchisees, along with Idolize’s initial investment that ranges between $95,100 and $227,170.

“We couldn’t be more excited to help Purwa open her first Idolize location, and it goes beyond the excitement of her being our first franchisee. Purwa is a prime example of why we decided to grow through franchising—we’re eager to provide entrepreneurs with the tools and resources they need to make this business successful in the communities they call home,” said Pandoria. “We’re confident that this momentum will carry into 2018 as we continue to look for new franchisees in our home region across the Southeast.”

Be Your Own Boss

For most of us, the idea of being the boss is our professional goal. Being your own boss gives you the opportunity to earn substantially more than you can working for someone else. And perhaps the best thing about being your own boss is being able to do what you love to do every day.

If you want to start a business but don’t know where to start, we can help. Idolize Brows & Beauty is currently expanding and accepting franchise opportunities. We can walk you through the process and help you be the boss in your neighborhood. 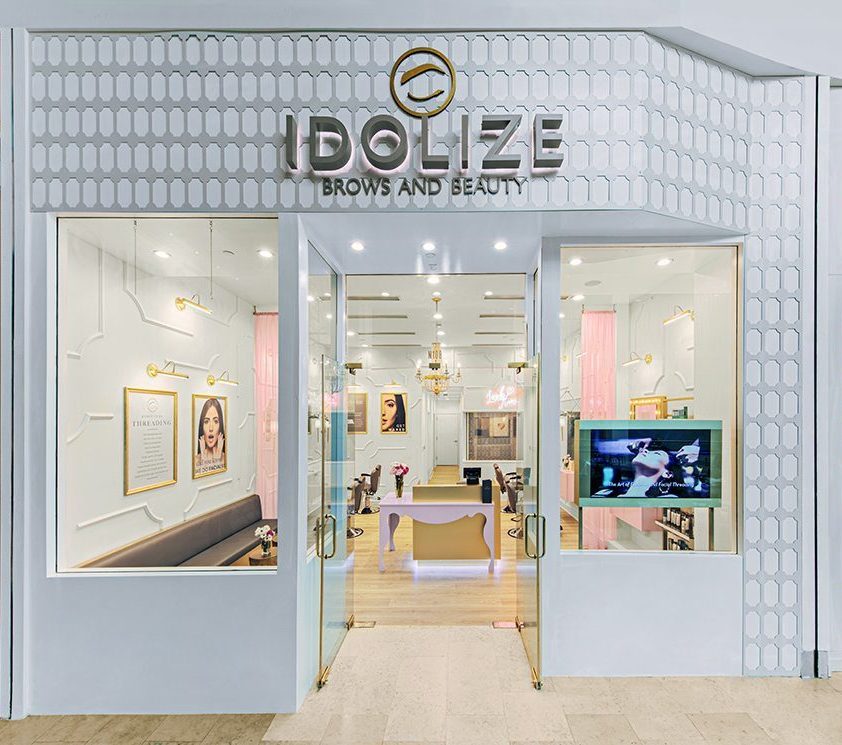